I recently completed illustrating a book cover. The book’s themes are around identity, corruption of politics, religion vs. science and ‘souls’. I kept the client updated each step of the creative process from thumbs, to sketch, to vector, to colours. 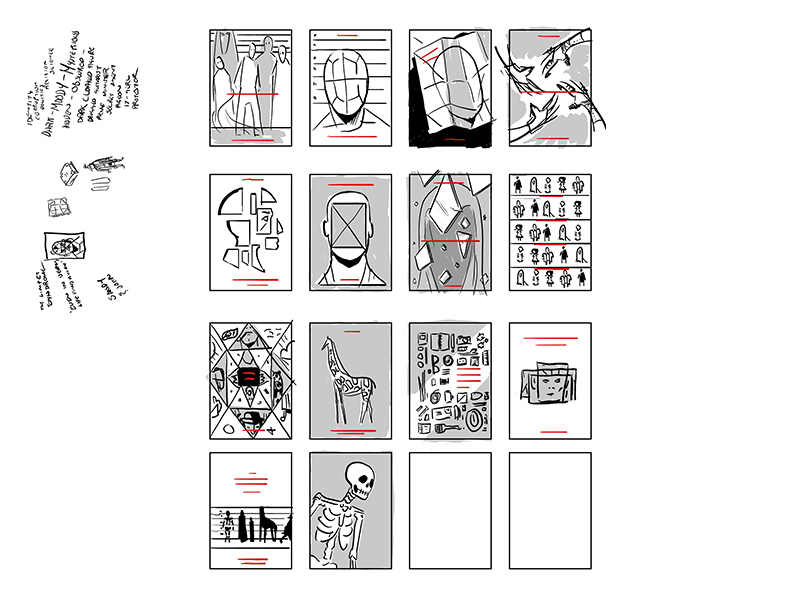 The book juggles multiple characters, some more unusual than others. The initial brief was centred around a police line-up, mostly as a device to show the variety of characters. Though I tried this, I gravitated towards using a central figure. I experimented showing all the main characters in one face. 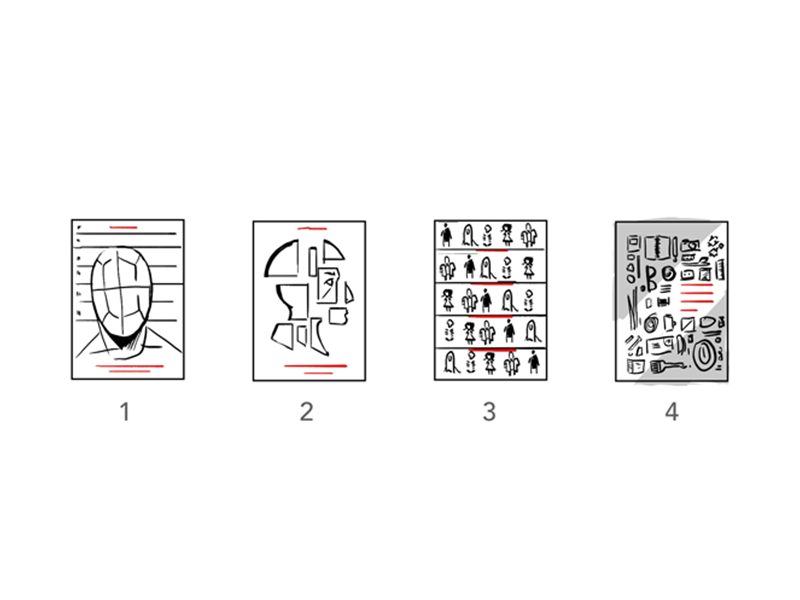 I presented the client the three design I felt worked best visually and narratively; I also included a take on the line-up idea, to demonstrate I had explored it. 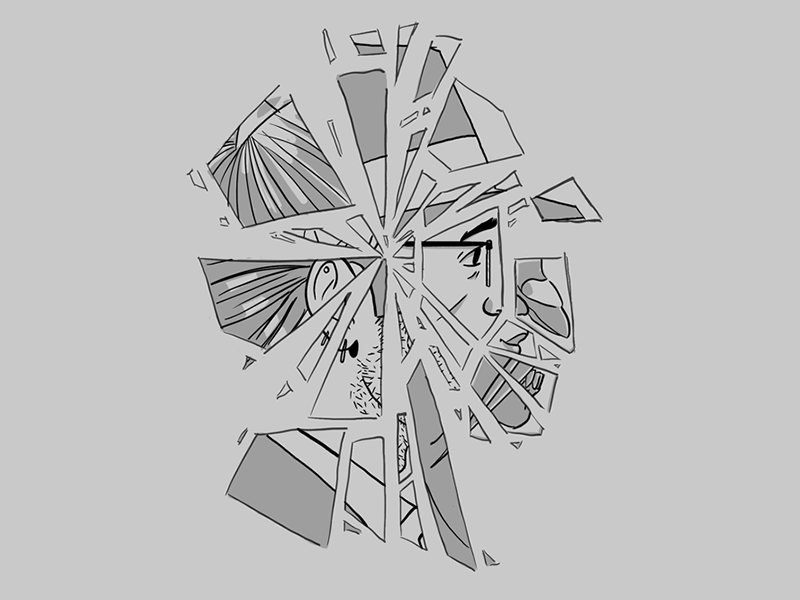 With some guidance, the client chose the design which I felt had the most potential. However, they requested that the head is made up of shattered mirror pieces. 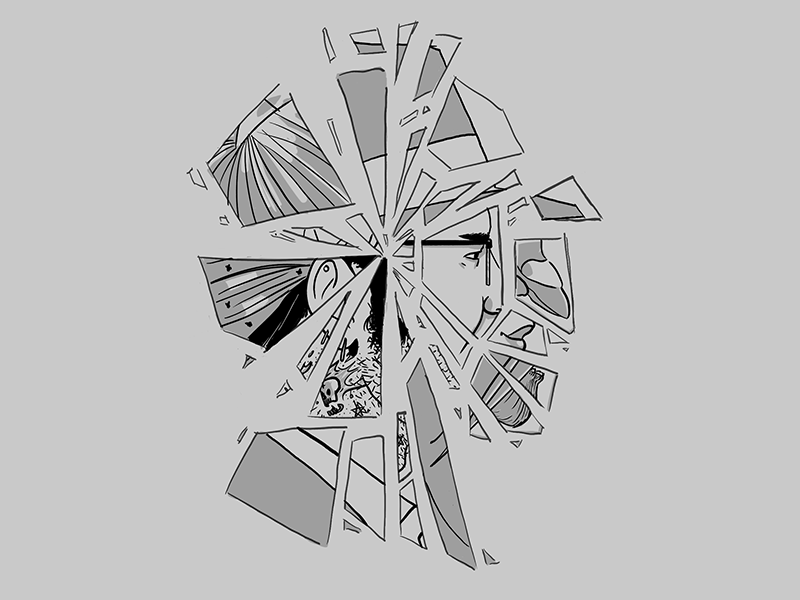 After sending over the initial sketch, I refined some of the characters based on the client feedback. 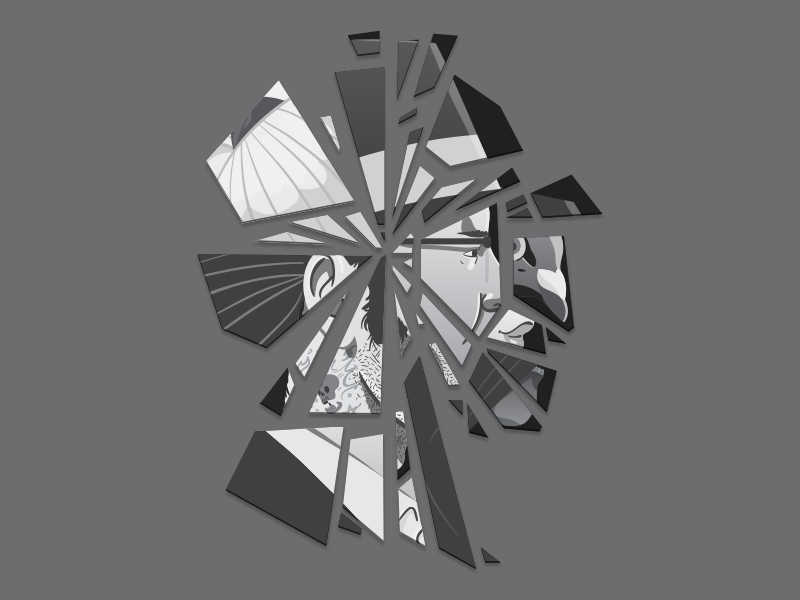 Once the sketch was signed off, I took it into Illustrator. I used a mix of Image Trace, the brush tool and the pen tool. I worked in greyscale, to avoid being distracted by colour choices at this stage. 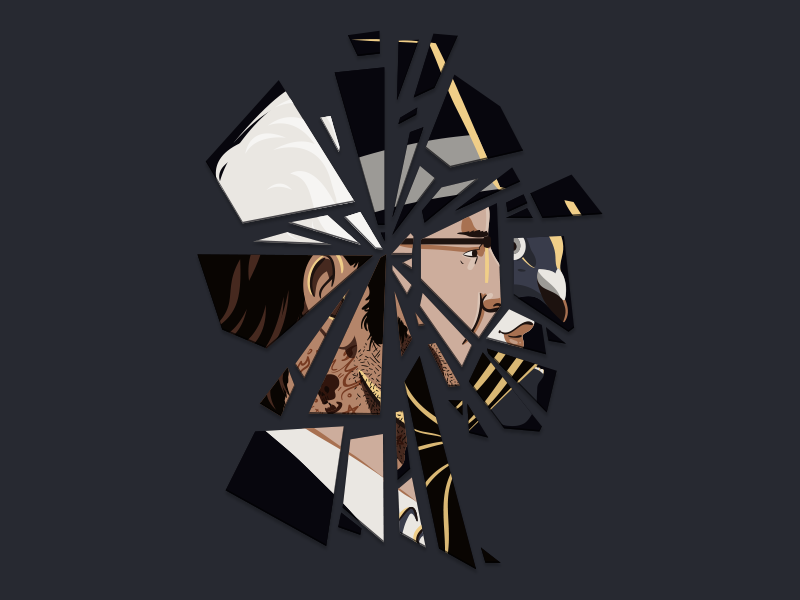 Working with a limited palette, I added flat colours. I redesigned the highlights of the hair, as they were not reading well enough. 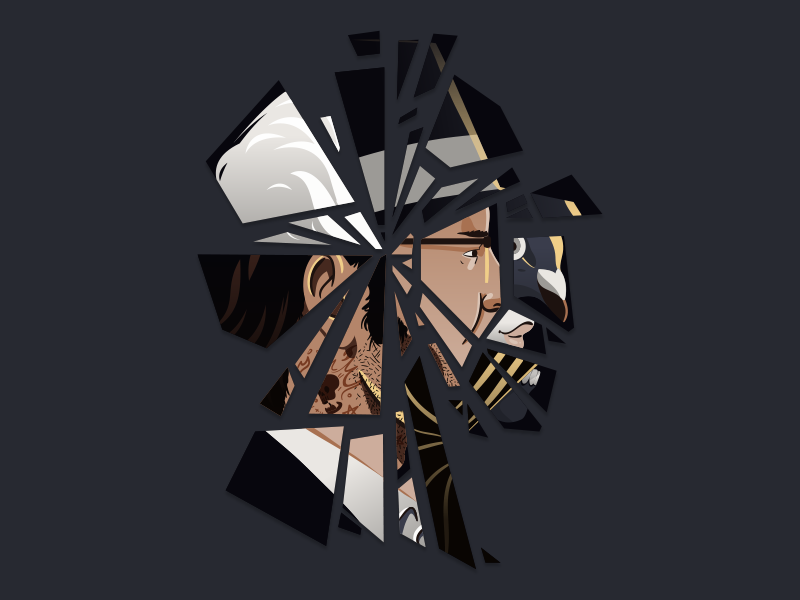 My final step was to add some subtle gradients to help guide the viewer’s eye towards the centre.

You can see the whole process in 10 seconds flat over on Dribbble.